The Cristo Rey Network of high schools delivers a career focused, college preparatory education in the Catholic tradition for students with limited economic resources, uniquely integrating rigorous academic curricula with four years of professional work experience and support to and through college. We partner with educators, businesses and communities to enable students to fulfill their aspirations for a lifetime of success.

"This is a story about mission-driven innovation in education—innovation that is giving thousands of children an opportunity to access high- quality university preparatory education."

The Society of Jesus seeks how to respond to the needs of Chicago's Pilsen community, a working-class neighborhood teeming with Mexican immigrant families who lack good and affordable educational options for their children.

Bradley Schaeffer, S.J., the Provincial of the Chicago Province of the Society of Jesus, invites newly-ordained James Gartland, S.J. to conduct a needs assessment. His door-to-door canvassing of neighborhood families led to the recommendation to establish a Jesuit-sponsored college preparatory high school.

At the invitation of Bradley Schaeffer, S.J., John P. Foley, S.J. leaves his long-standing ministry in Peru to return to his hometown of Chicago. A veteran educator with 30 years of school leadership experience in Peru, Fr. Foley actively embraced the new assignment to help create the high school in Pilsen.

In their efforts to establish an academically rigorous and financially sustainable school, the founding team pioneers an unconventional educational and business model that contemplates students working five days each month in paid, entry-level professional jobs and assigning their earnings to underwrite the cost of their education.

This leadership team forges partnerships with local businesses and philanthropic leaders. The school welcomes approximately 100 sophomores and juniors for classes on September 5th.

Brothers of the Cristian Schools San Francisco District Chapter challenges members to find creative ways to serve the poor. Later that year, as a guest speaker at the U.S. Christian Brothers Huether Conference held in Chicago, Fr. Foley challenges the Brothers to replicate what is happening in Chicago.

The Network is formed, initially started by a one-person national office staff based in Chicago. BJ and Bebe Cassin commit $12 million from the Cassin Educational Initiative Foundation to support the replication of Cristo Rey Jesuit High School in other U.S. cities.

Christian Brothers are open and helpful in forming this new type of school board with both business leaders and educators together. De La Salle North Catholic High School opens its doors. The school points with pride to being the second school within the new Cristo Rey Network.

In January, the first Mission Effectiveness Standards are approved.

60 Minutes profiles Cristo Rey Jesuit and the early replication of the school across the country.

In August, Robert Birdsell, a proven leader with a strong background in Catholic school teaching and educational research and consulting, is elected by the Board as the new President of the Network. Fr. Foley assumes the position of Executive Chair for the Network.

The Cristo Rey Network launches the Educational Enrichment Initiative, an ambitious long term plan to set clear college-ready standards for all students and to provide instructional tools for teachers to help students achieve these standards.

DePaul Cristo Rey High School in Cincinnati opens its doors as a member of the Cristo Rey Network.

The 2011 Leadership Roundtable Best Practices Award for Innovation in Catholic Education is presented to the Cristo Rey Network.

The Walton Family Foundation announces an investment in the Cristo Rey Network to support the onboarding of the School Growth Team and award seed funding to new schools opening in choice markets.

One of 2,400 nominees nationwide, the Cristo Rey Network receives the National CLASSY Award for Educational Advancement.

More international recognition follows. The World Innovation Summit for Education (WISE) honors the Cristo Rey Network’s Corporate Work Study Program, naming it one of six groundbreaking projects from worldwide to win a 2012 WISE Award. The Cristo Rey Network joins MIT as one of the four U.S.-based innovations to win this award.

Putting Education to Work: How Cristo Rey High Schools Are Transforming Urban Education by Megan Sweas is published in August 2014 by HarperCollins Publishers.

Previously Vice President and General Counsel at Georgetown University and a member of the Cristo Rey Network Board of Directors, Jane E. Genster is named President and CEO.

Board of Directors adopts 2020 Strategic Plan, which seeks to deepen impact while sustaining growth, and projects 14,000 students in 40 Cristo Rey schools and 20,000 graduates by the start of the next decade.

In August 2015, Cristo Rey Jesuit High School in Chicago participates in a virtual conversation with Pope Francis in anticipation of his historic trip to the United States. The ABC News special program airs on “20/20.” 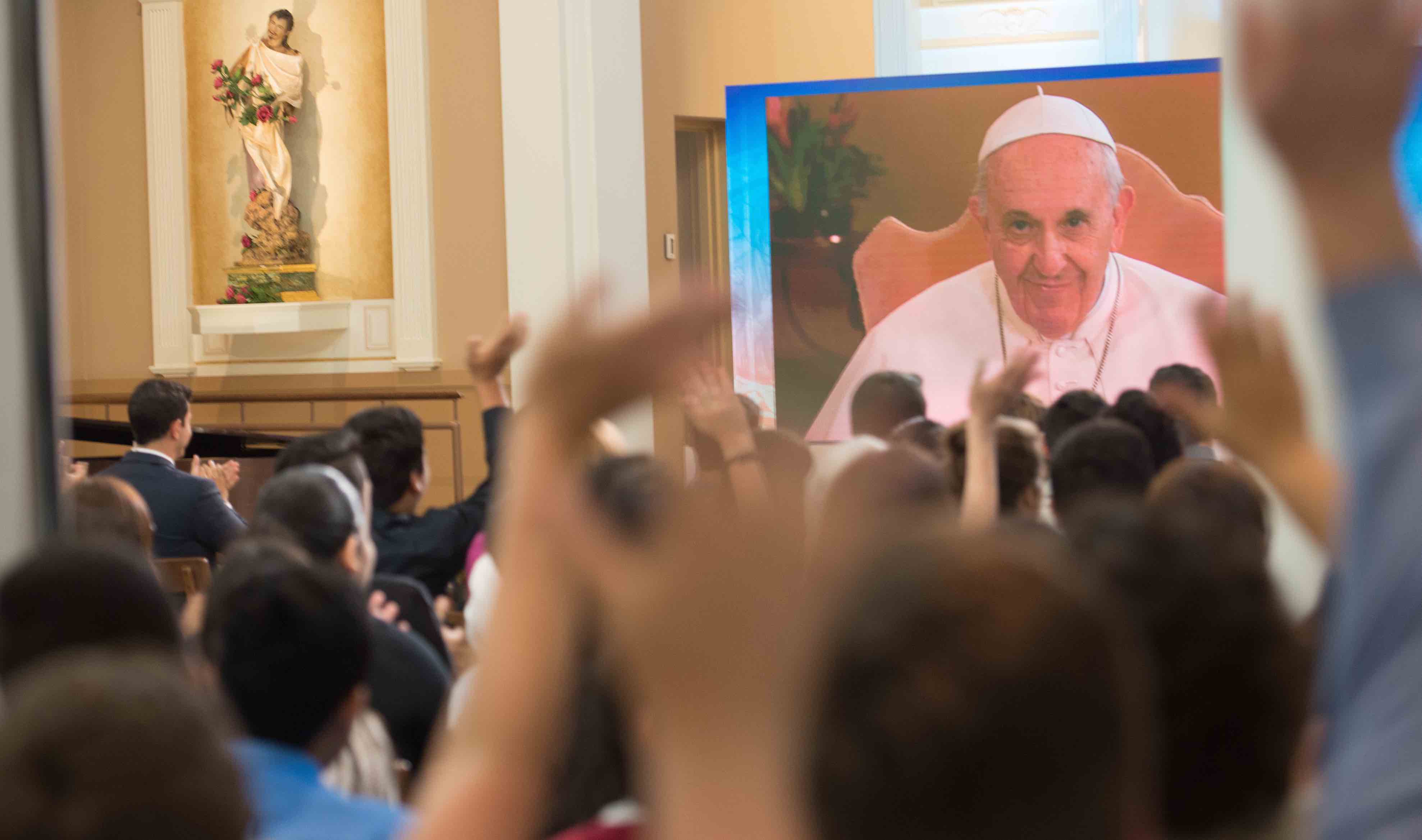 The Wilson Sheehan Foundation awards a multi-year gift to launch a new program aimed at increasing college completion by for Cristo Rey graduates.

Growth plan approved for 50 schools serving 20,000 in the decade ahead.