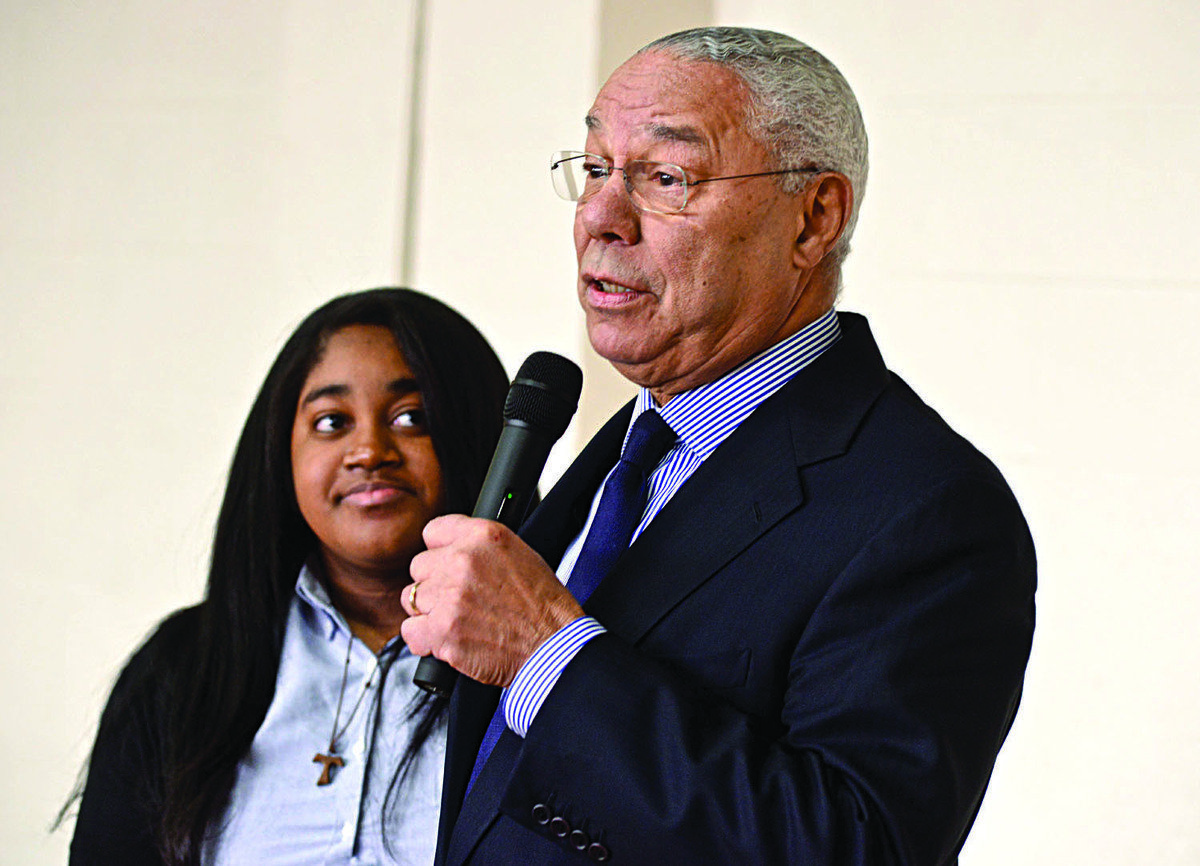 In his passing, the Cristo Rey Network will remember General Colin L. Powell, former U.S. Secretary of State and Chairman of the Joint Chiefs of Staff, as a close and dear champion of our movement.

His vision of community and advocacy for the Cristo Rey mission helped support the beginning of our impact in the Twin Cities, as Cristo Rey Jesuit High School opened in 2007 within the Colin Powell Youth Leadership Center.

“The world knows General Colin Powell as a great military hero and statesman, but the Cristo Rey community was fortunate to know him as a friend,” stated Jeb Myers, President at Cristo Rey Jesuit. “Colin was drawn to students, especially to learn their story, dreams, and the steps they were taking to achieve them. He really believed in the goodness of people.”

General Powell delivered the keynote address at the grand opening of Cristo Rey Jesuit (Twin Cities) and proudly lent his name to its beautiful, state-of-the-art building. The Center, jointly owned by Urban Ventures Leadership Foundation and Cristo Rey Jesuit High School, was developed for students to develop their talents and leadership skills for the future.

His legacy will live on through our students, as they walk past his portrait in the Colin Powell Youth Leadership Center. And our alumni, having learned of General Powell’s leadership and compassion for others, will influence others for years to come. 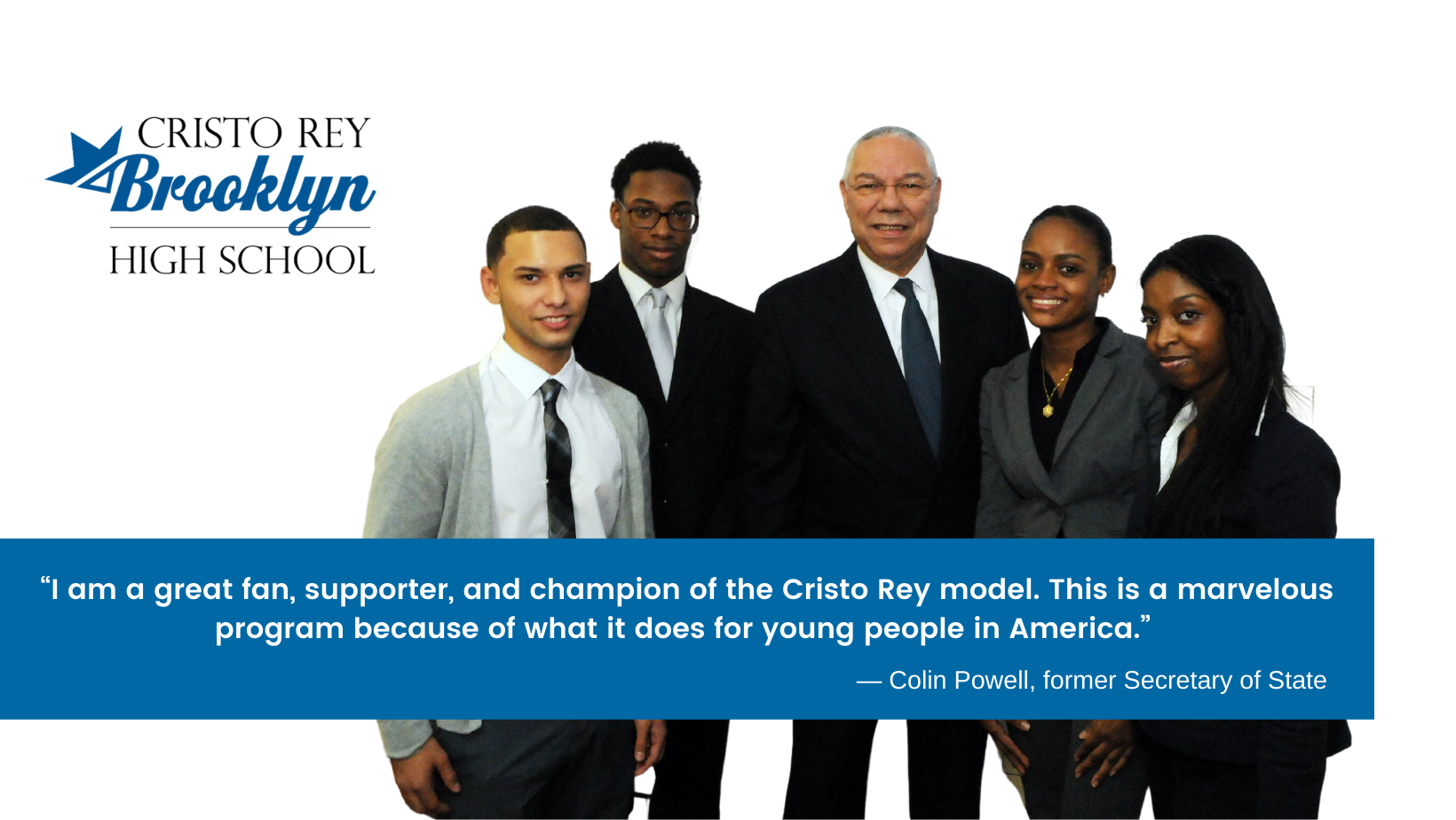 General Powell inspired Cristo Rey students not only in the Twin Cities, but across the nation, with school visits to Cristo Rey Brooklyn High School in 2012 and Don Bosco Cristo Rey High School (Washington, D.C.) in 2014, in hopes of influencing our youth to follow their dreams. During these visits, General Powell shared his journey from childhood as the hardworking but academically average son of Jamaican born parents growing up in the South Bronx, through his challenges and triumphs as he ultimately rose to four-star general, Chairman of the Joint Chiefs of Staff, and Secretary of State. His inspiring life story, together with his ability to seemingly effortlessly connect with students, always had the audience captivated.

Since 2012, the Cristo Rey Network has been a partner of America's Promise Alliance, of which General Colin Powell was founding chair and Mrs. Alma Powell is Chair Emeritus. Founded in 1997, America's Promise Alliance privileges Five Promises to young Americans, whom it seeks to ensure "will grow up with the help and guidance of caring adult relationships, healthy childhoods, safe surroundings, effective education, and opportunities to serve others." As a mentee of General Powell, José Madrid wrapped up the America's Promise Alliance’s 2014 GradNation conference by sharing remarks in the concluding session.

The Cristo Rey family prays for General Colin Powell, his wife Alma, and their three children. May we, and all Cristo Rey students and alumni, follow his 13 Rules of Leadership, see the goodness in others, and persevere to achieve our dreams.